It was quite a year.

I went underground, saw a shooting star, evacuated during a storm, saw some performers three times in two days, witnessed the longest show ever, saw three songs repeated on stage to remove errors for a televised broadcast, I helped celebrate the anniversary of the oldest settled city in North America, enjoyed a full set from Loretta Lynn, saw so many bluegrass outfits in one month, thought I could never face a banjo again (I’m better now) and appeared on Sonny Payne’s King Biscuit show in Helena Arkansas (“so your name is Raaarb?”).

Fayetteville Roots Festival in Fayetteville Arkansas was a new gem, as was Mountain Grass Festival in regional Victoria.  The Americana Music Conference and Festival continues to be my music highlight of the year and I have already committed to going back in 2016.

Best shows for the year?  Here they are. 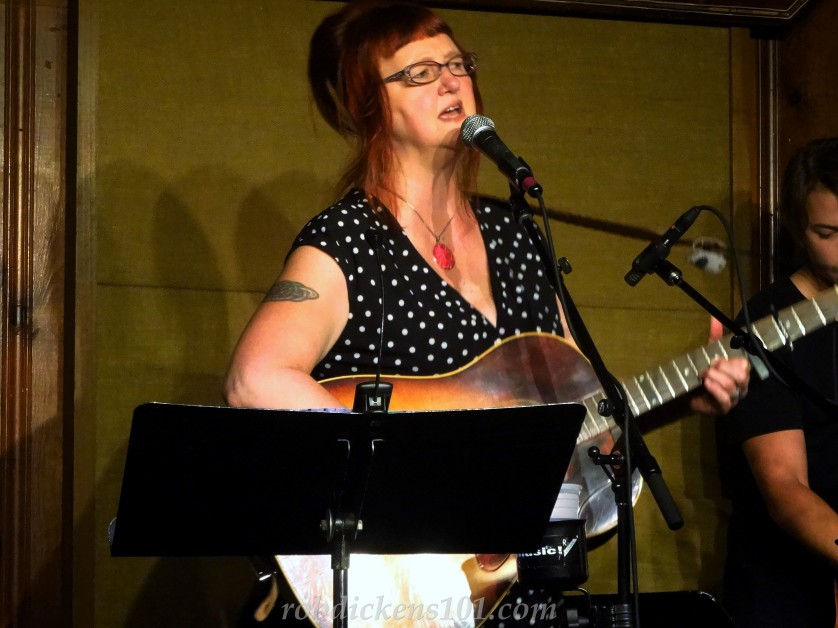 Simple, unpretentious, beautiful stories about stuff that matters, and Fats Kaplin helped out.

Australia’s own suburban punk ironic poet, taking over the world. 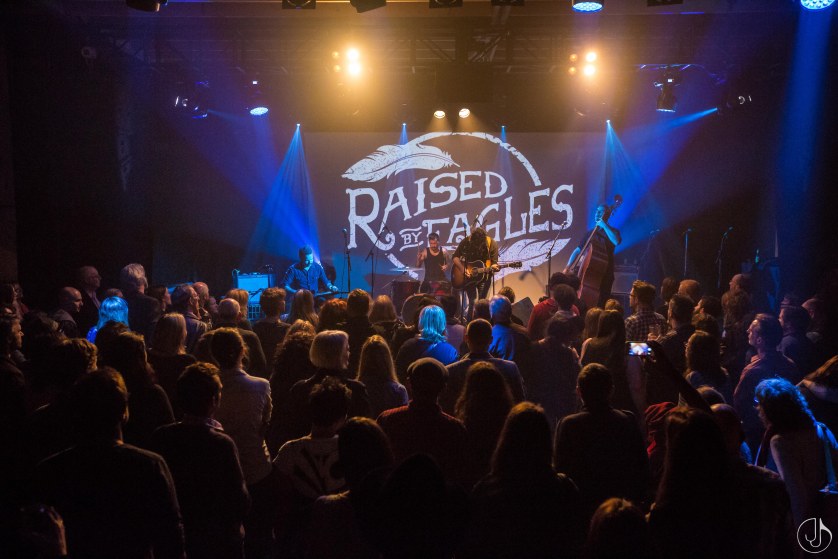 Okay, I’m biased.  It was a birthday and I noticed it was mine.  Surrounded by a bunch of friends.  What’s not to like? 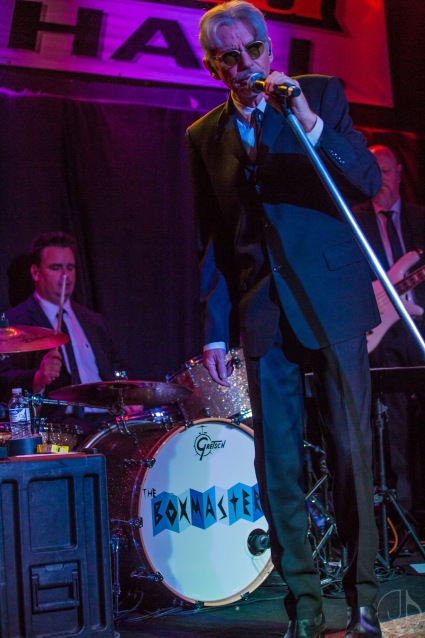 You think music artists are stars?  Billy Bob Thornton is a STAR (and don’t mess with him) 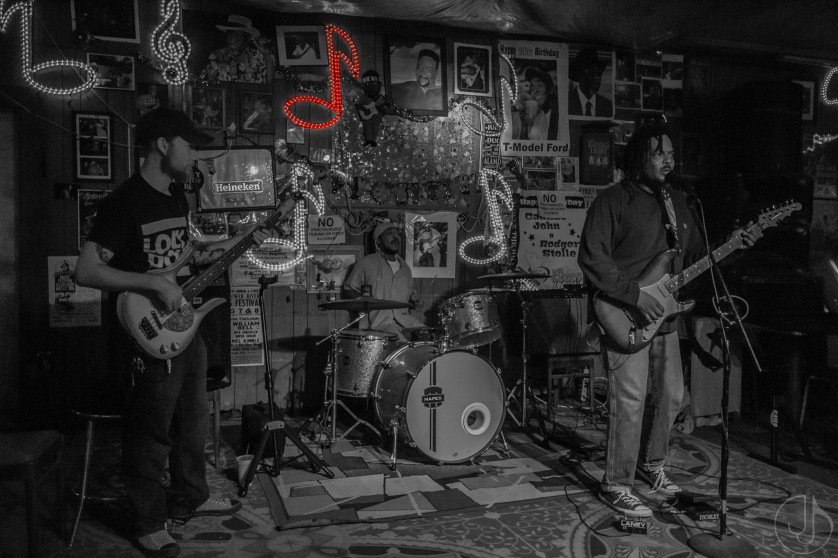 Talented and edgily unpredictable, and Red’s is now smoke free! 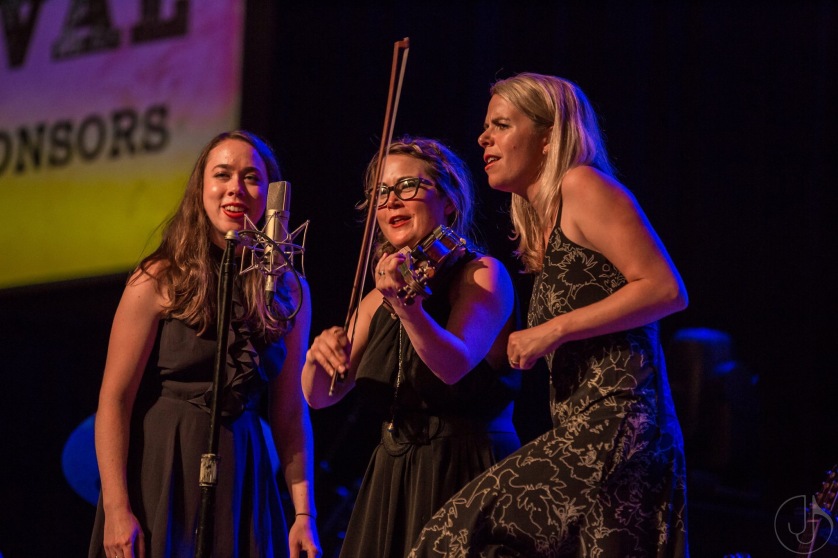 Three for the price of one – captivating. 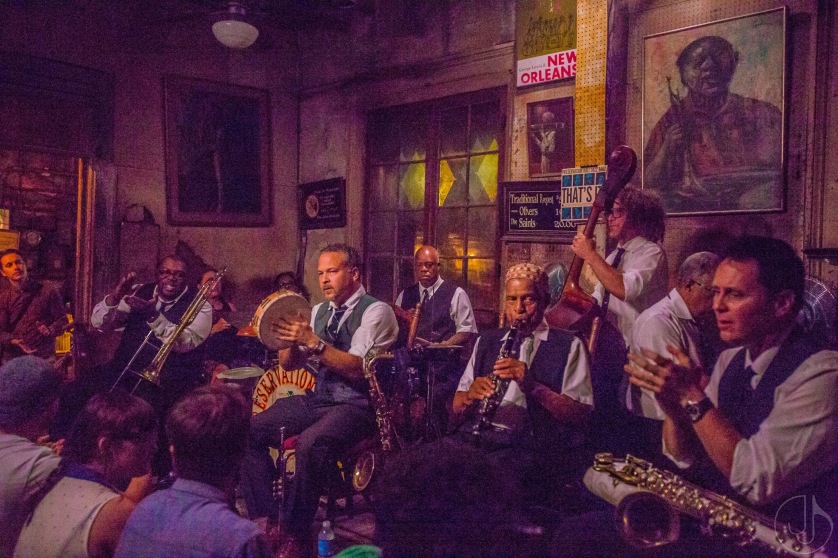 On the eve of a successful Europe tour, they looked happy and enjoying each other’s company. 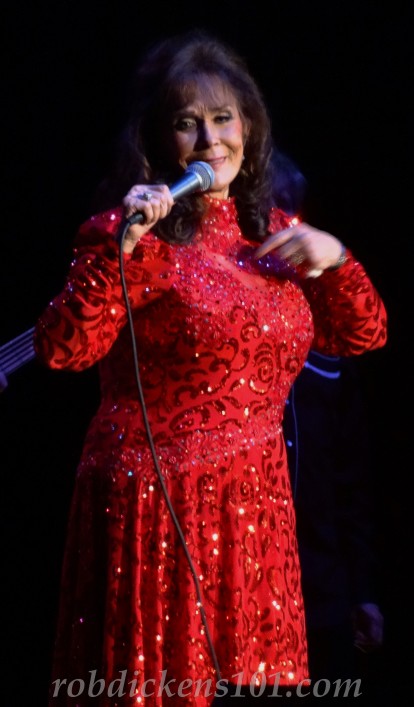 Once a legend, always a legend…and still sassy too! 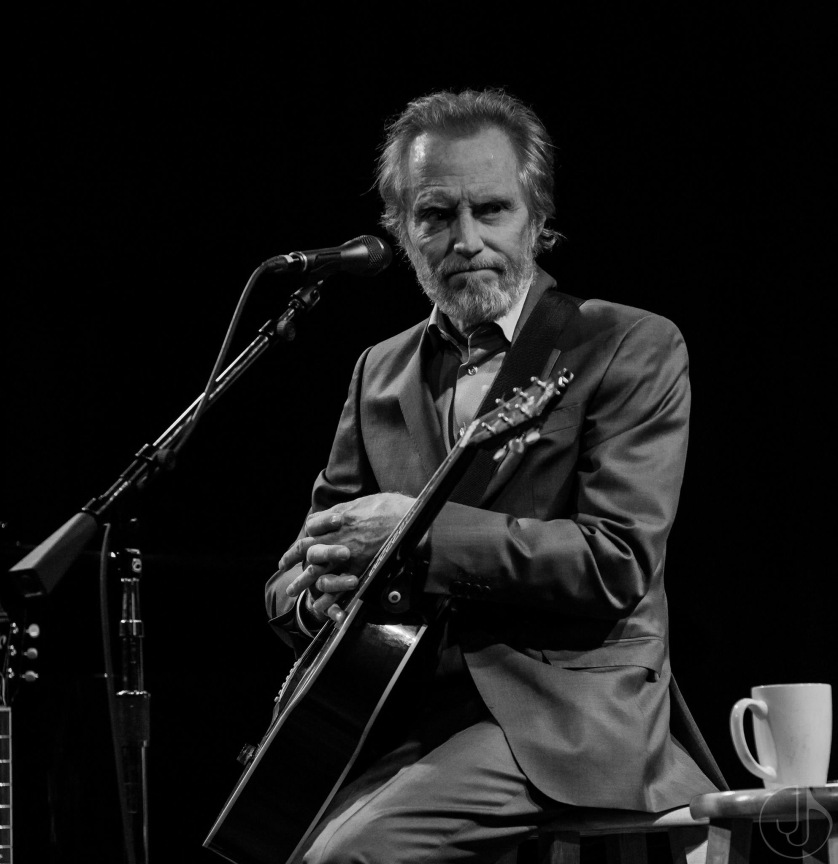 A revelation for me – those songs, ooh wee! 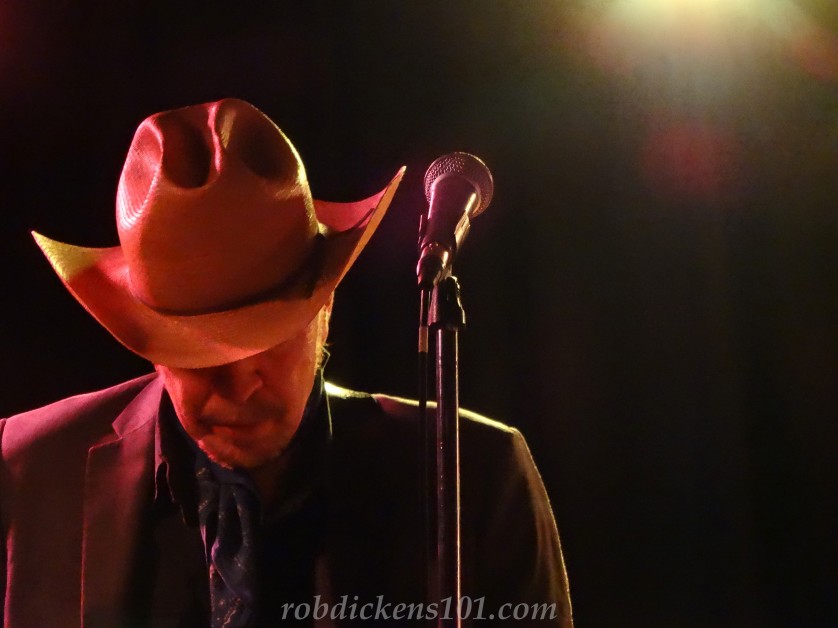 Back together at last! 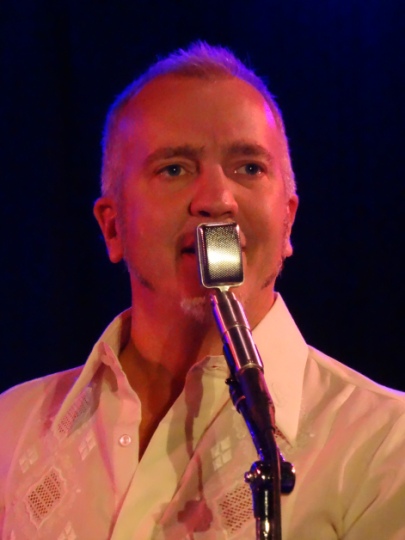 The venue was not a sell-out but pretty full and Grey’s fearless and intimate stage presence sparkled throughout.  He inspired, he uplifted, he was playful.  Over two hours of that concoction of easy power where the groove is natural.

The set list featured five tracks from the band’s latest, excellent release Ol’ Glory – “Every Minute”, “Light A Candle”, a full blast and extended “Hold On Tight”, “Night To Remember” and the title track whipped to a frenzy as the second encore.  Just about every one of his previous eight albums was represented in some way or another, including “Ho Cake” from 2001’s Blackwater. 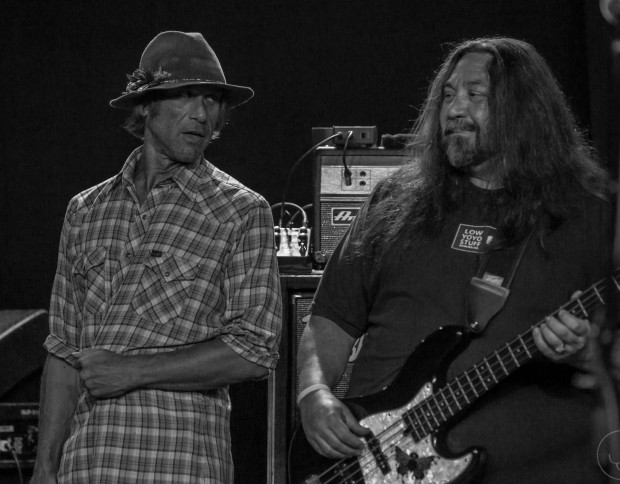 One studio album (2014), a live release subsequently and they’ve been touring since 2014.

Snider is charismatic on stage, in the moment, passionate, jaunty, enjoying himself and being in such a classy outfit.  The band members’ diverse music backgrounds makes for a tight, eclectic and unpredictable in the best sense.

It’s pretty difficult to pick highlights as there was not a dull spot throughout, but I must mention the opening “I Don’t Have A Gun” (by Will Kimbrough & Tommy Womack) “Blackland Farmer” (by Frankie Miller) merged with a thunderous “Born To Be Wild” (the Steppenwolf classic), “Down To The Well”, “Stomp And Holler”, the Bottle Rockets’ “Welfare Music” and Randy Newman’s “Mr. President (Have Pity On The Working Man)”. 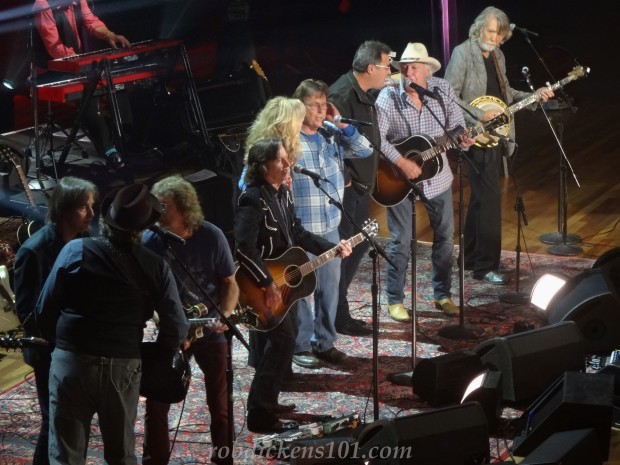 Well, folks, between the Band and its guests, I have never witnessed such an error-prone night.  Wrong lyrics being sung, incorrect capo positioning, fluffed lines, three or four songs being re-done due to the event being filmed and the need to remove the errors.  Hell, even the cameras and his cord-carrying assistant were doing this crazy circular routine to untangle the chords. And the show ran over and over.

There were, however, some positives to be drawn from the evening!

The Band were obviously enjoying themselves and painting a wonderful picture of their history and legacy. The band was augmented by music heavyweights House (bass), Douglas (dobro) and Bush (mandolin and violin).  It was a full house at The Ryman, the Auditorium looking a treat as always and the crowd could best be described as adoring.  Standing ovations throughout the night.  The first song started at 7.50 with an introduction by Vince Gill and the finale closed the show at around 10.50.  Three hours of song and joy and a guest bill to die for, a procession of wonderful artists, two of whom I have been trying to see for many years. 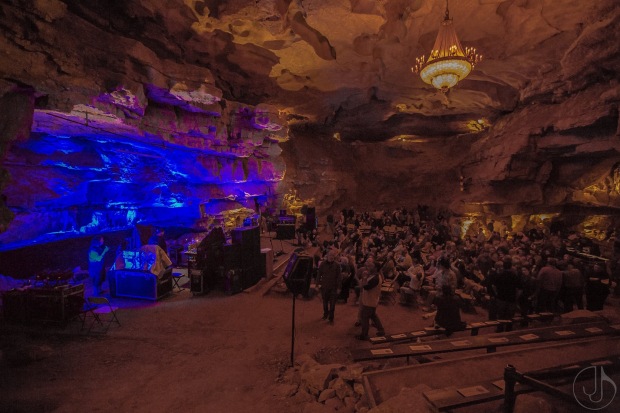 A two-hour drive from Nashville and near the town of McMinnville is the Cumberland Cave and the Bluegrass Underground concert.

The car parking was in a field.  A walk up to a reception area to pick up our tickets and line up, then through the hole in a hill and then we followed the trail down and down past the stalactites and stalagmites, two pools of water so pure you’d swear, it was glass.

Down further and to a large area, called The Volcano Room, 333 feet below the surface.  The stage was to the left, surrounded by hundreds of seats, shops to the right and even merchandise stalls and restrooms.

I’ve seen Steve Earle many times now.  Maybe tonight was the best.  It could’ve been due to this incredible venue or its pristine acoustics, it might’ve been the enjoyment of playing songs from his new, blues album Terraplane or the fact that the new material simply highlighted how good the band is (and Earle for that matter who moved from harmonica, acoustic guitar, electric guitar and mandolin effortlessly).  Most of the songs from the new album were featured, along with favourites “Guitar Town”, “Someday”, “Copperhead Road” “Can’t Remember If We Said Goodbye” (the first song he wrote sober), “Galway Girl” a chilling “Cocaine Cannot Kill My Pain”.  A bruising version of Hendrix’s “Hey Joe” tested the walls of The Volcano Room and a three song encore included his new song “Mississippi It’s Time”, denouncing the use of the Confederate flag in the Mississippi State ensign.

Almost a two-hour set, twenty eights songs or so. As well as Chris Masterson and Eleanor Whitmore, The Dukes featured long-time members Will Rigby on drums and Kelly Looney on bass. A truly memorable night. 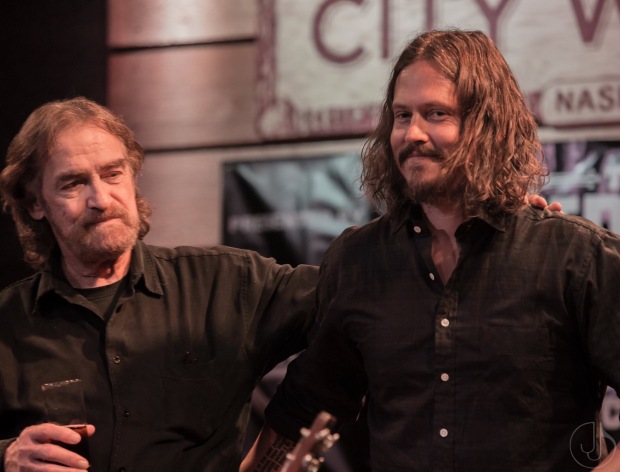 Donnie Fritts and John Paul Jones.  Fritts I had heard of before and had seen references to his songwriting talents just a few days ago in The Alabama Music Hall Of Fame.  White is best known as half of the now defunct The Civil Wars.

Fritts has been a key player in the development of the Muscle Shoals sound and influence, and songwriter for many fine artists.  Tonight the set was special.  Revered player Spooner Oldham was at the table next to me to enjoy.  Fritts sang “Errol Flynn”, “Oldest Baby In a The World”, “We Had It All”.  Fritts wrote and Jones sang one of the songs written for Dusty Springfield’s incomparable album Dusty In Memphis.  A beautiful song and Jones’s singing was outstanding.

A tribute to a legendary musical influence, whose name should be forever appreciated. 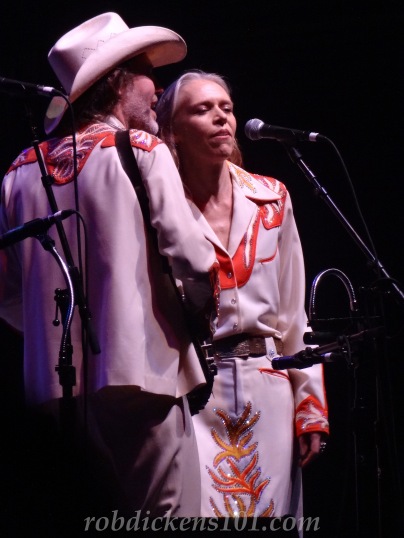 I saw Dave Rawlings and Gillian Welch (under the banner of Dave Rawlings Machine) perform one song at the Americana Honors and Awards ceremony two nights before.  My only experience of them live, as it has been quite some time since their last (still talked about) tour of Australia in 2004  (but returning to these shores in 2016, thankfully).  For me, this performance was going to be a special treat and the main reason I was here tonight.

I was not disappointed.

While watching Loretta Lynn backstage for four or five songs, the pair decided to drive home and dress up for the occasion.  Nice.

The Dave Rawlings Machine released an album Nashville Obsolete this very week.  But not one song was played from that tonight.

Ah, magic.  In 1927, Ralph Peer recorded the finest music that anyone could bring to Bristol Virginia/Tennessee.  Out of the famous sessions came Jimmie Rodgers and The Carter Family.  You can draw a straight line from the famous Bristol Sessions to Gillian Welch and Dave Rawlings,  History complete.

I’ve written about Lucinda Williams many times on this site and I am not going to repeat myself.

Two shows in Nashville stand out for me – 2013 and 2015, as part of the Americana Festival.  Since those shows, I have thought they may never be topped and I was keen not to get too excited for this show.

It was perhaps her best performance on Australian soil.  The band Buick 6 were in fine form.  Critically, Lucinda was enjoying herself and, even when the band made an obvious (and solitary) mistake, she halted proceedings and restarted with good humour.

Add to this the premiere of two songs from her forthcoming The Ghosts of Highway 20 album, which sounded terrific and Lucinda has provided me with yet another superb live performance. 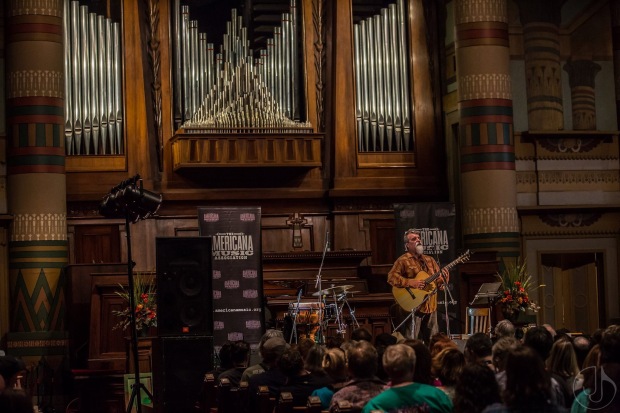 I first saw Nashville-based Darrell Scott in Robert Plant’s Band Of Joy, along with Buddy Miller and Patty Griffin, impressive friends.  Ensuing exposure has occurred with his work with roots stalwart Tim O’Brien, hearing a couple of solo albums and finally a live set at Zac Brown Band’s Southern Ground festival in Charleston last year.  Every encounter an incremental appreciation.

I was to appreciate yet another guise of musical abilities tonight.  Two songs on the piano, the menacing “You’ll Never Leave Harlan Alive” and his cover of the song that was on the Band of Joy’s tour set list “Satisfied Mind”.

Moving to a guitar, a song from his new album 10: Songs From Ben Bullington – “Country Music I’m Talking To You” and an older tune “The Ballad Of Martha White”.

Introduced as “One of the finest drummers on Plant Earth”, Kenny Malone joined Scott on stage, with a bongo, snare drum and cymbals.  Malone has played with some pretty hefty names – Merle Haggard and Ray Charles to name just two.  His style maybe could be described as jazz acoustic folk, with the lightest of touch imaginable.  All of a sudden, Scott’s playing went up a notch, seeking and finding a level of masterful spontaneity. 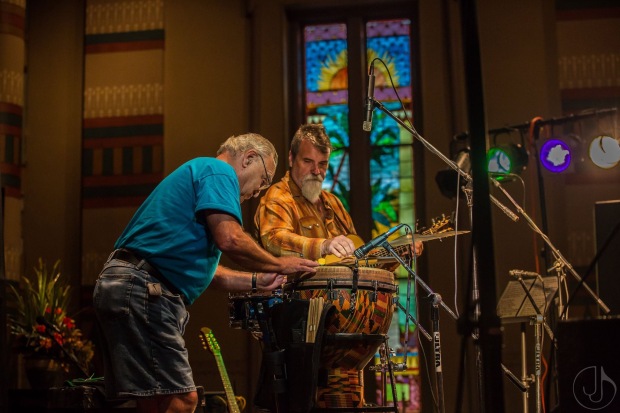 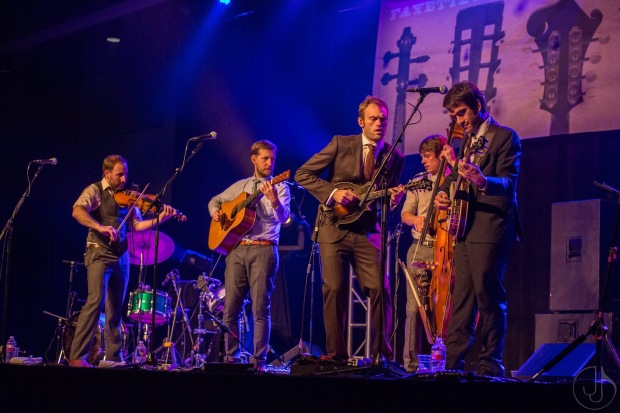 Tonight was special.  I was in the front row so I missed nothing, neither did my friend Jim Jacob and his camera. 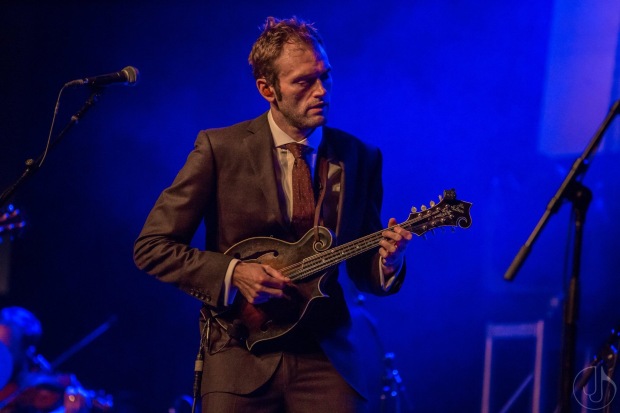 Punch Brothers don’t play music as we know it.  They transcend it.

They are brilliant individually and, as a collective, unfathomably good.  They love to mix genres up and spit them out – jam grass, folk, chamber grass, classical, indie rock and vocal harmony material.  Their musicianship is audacious.  They cast a spell tonight that had the crowd mesmerized.  Standing ovations, the first encore of the festival.  I am writing this a little over an hour after the set, which contained around half the songs from The Phosphorescent Blues,and I am still stunned by its brilliance.

One of the best shows I have ever seen. 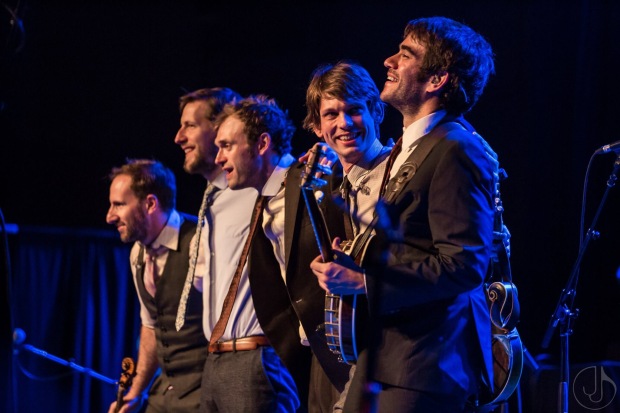