From Augusta to St Augustine

Read about our musical travels from ‘Augusta’ to St Augustine

Pack ’em up and move ’em on out of Jacksonville day.

On the road, heading back down south by 9.30am.  It was the same route as yesterday, but thankfully nowhere near as far.  Jacksonville to St Augustine is a little under an hour’s drive, but we had two important stops on the way.

Number one was a Premium Outlets centre.  We dropped Jenny there and Jim and I backtracked five miles north to the World Golf Hall of Fame, on International Golf Parkway.  The two-mile drive was sandwiched between retail outlets, trees, residential communities, beautifully manicured lawns and gardens and ‘The Slammer’ and ‘The Squire’, the golf course named after past champions Sam Snead and Gene Sarazen.

Parking the car, we were picked up in a buggy and driven round the lake (with its island green) which forms the centrepiece of the Hall Of Fame and Golf Village layout.  Past the restaurant owned by Bill Murray and his five brothers (Murray Bros Caddy Shack), the putting course and into The Hall Of Fame. 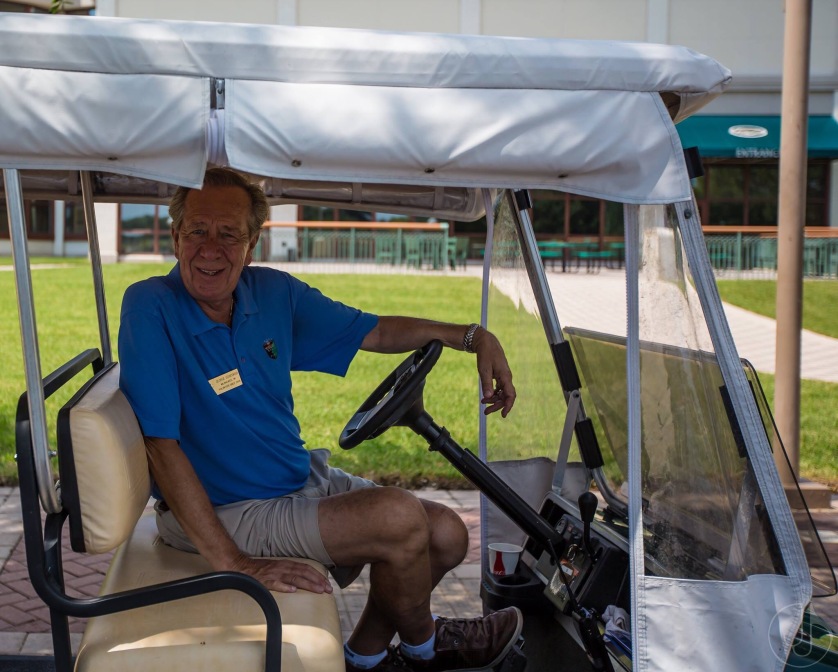 I used to play golf when I was young.  Me and my two brothers lived next door to a golf course, with a gate in the back yard to the practice fairway.  I’ve since moved around a lot, so I never re-joined a club, for a variety of whatever-reasons.  Until that is, 2013, when I had a go for a year but it didn’t work out.

Coming to this place, though, sparked a lot of inner passion for the game.  Surprising.  The Hall Of Fame exhibits are tremendous, and include:

The view from the trophy room – photo Jim Jacob 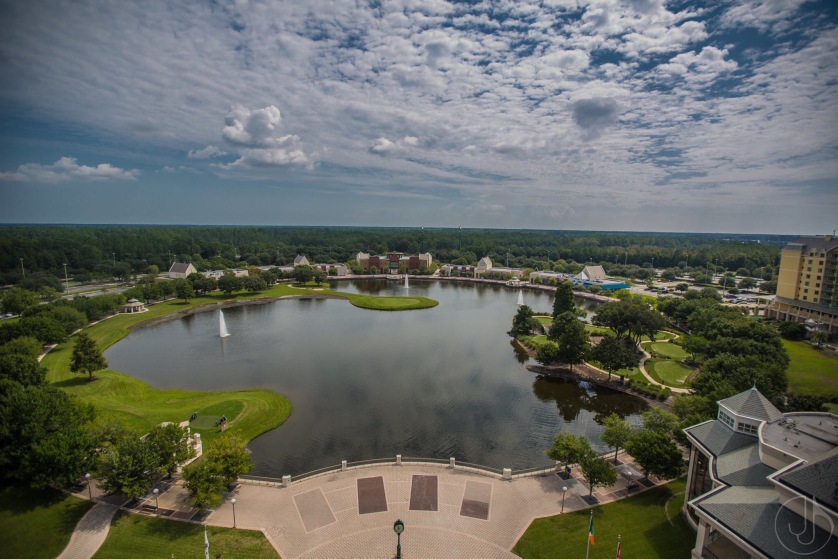 the view from the trophy room – photo Jim Jacob 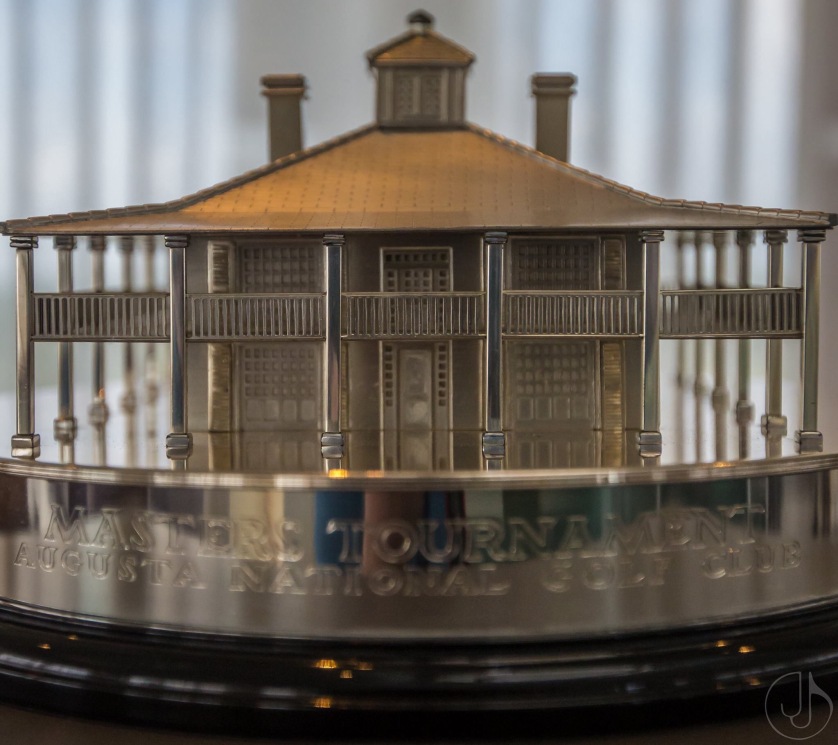 Out through the Gift Shop (a classy one) and down to the par 3 hole out the front where you are able to have a free shot.  It’s meant to be modelled on a hole at TPC Sawgrass Country Club, just a little out of Jacksonville.

Be The Hole!! – photo Jim Jacob

The second is in Davey Jones’s locker.

What an inspiring place to visit.

Back on the road, pick up Jenny and the next item on our agenda today is to set up our media accreditation passes for the forthcoming Celebrate450! event in St Augustine.  The city is the oldest in America, founded by the Spanish 450 years ago and there’s a big celebration in the downtown historic district.  The music part of the celebration features many artists over five stages, with the head-liners being Mavis Staples, Aaron Neville, Justin Townes Earle, JJ Grey & Mofro, Emmylou Harris & Rodney Crowell, plus Nicki Bluhm and the Gramblers.

Media registration was simple.  Getting a car park for it was not!  I was pleased that our accommodation for the next three nights was within walking distance of the street festival.  Many locals (further north) had warned us of the crowds expected here, and the main performance area will be shut off to vehicles, so walking will be the go.  We found our lovely little cottage on Blanco St and had a little quiet time before the evening’s events.

We had a twenty-minute walk from our house in the historic Lincolnville District to the main performance area, near Plaza de la Constitucion and the Bridge of Lions which spans the Matanzas River.  The People Helping People Gospel Community Choir were cranking it up, the humidity was 90% as the crowd was building.  Fortunately the sun was setting and the slightest breeze brought some relief.

The lights were showing off this beautiful town to a tee.

Mavis Staples put in a solid performance.  Hard to believe that it was her first performance ever in St Augustine.  Her band leader and guitarist Rick Holstrom is very influential to the sound of the band and provides a key ingredient.  Mavis’s banter with the crowd was effective and amusing.  I enjoyed her rendition of “Can You Get To That”, the classic “Respect Yourself”, the new “I Like The Things About Me” and “You Are Not Alone”.

Aaron Neville’s quintet included Charles Neville and the band commenced with a long funky instrumental that sounded a little like “Caravan” but I don’t think it was.  Aaron Neville started with Sonny Landreth’s “Congo Square” and the Neville Brother’s “Voodoo”.  An interesting choice of a cover of Leonard Cohen’s “Bird On A Wire” slowed down proceedings a little.

After a while, it was time to head back to our house.

Tomorrow’s bill is big, so rest is needed.

Read about our musical travels from ‘Augusta’ to St Augustine