Fayetteville In The Ozark Mountains

The morning was all about work.

But work requiring planning and co-ordination among the tour group.

Having fun at a new festival in a new town is not that easy folks.

Here’s the morning list of chores for the three of us on this, our first day, given that we were staying here for four more nights.

Within two and a half hours, through hard work and effort, we had ticked every box dear adored reader.  That’s what I’m talking about, hard work!!

Anyway, if you are still there…

I would like to take you on a journey to the evening’s festivities.

We had acquired VIP 4-day fayettevilleroots festival passes.  One of the benefits of this (revealed after we booked) was an exclusive and free evening at Garner Farm where there would be food, beer, wine and a three-hour concert featuring Martha Scanlan, The Steel Wheels and John Fullbright.

We spent a bit of down time at the house in the afternoon, doing essential things like getting the iPod to work through the stereo speakers, all technological devices humming along and a little feet-up time.

Time to move.  A cab was engaged. The traffic was a little thick and we arrived somewhat later than we’d anticipated. By the time we had our BBQ smoked chicken and jerk rub (truly!) and salad 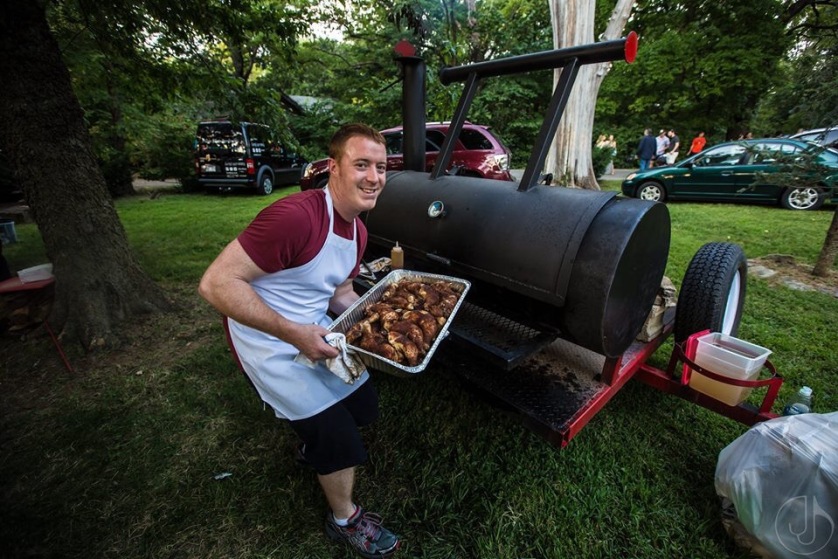 The meat – Photo by Jim Jacob 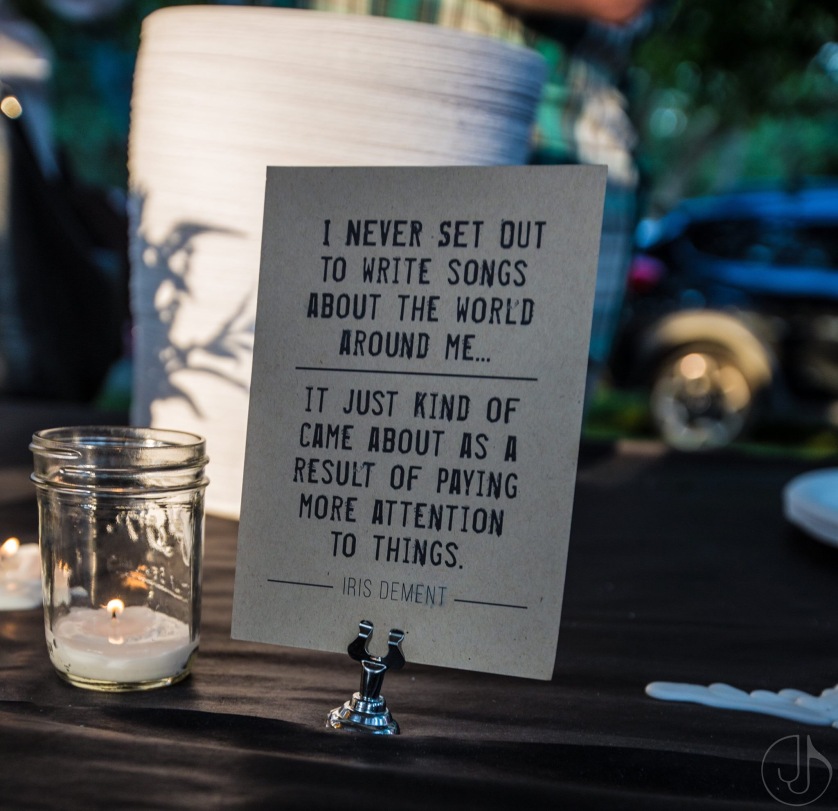 a Daisy Bates margarita (laced with rosemary and pineapple) 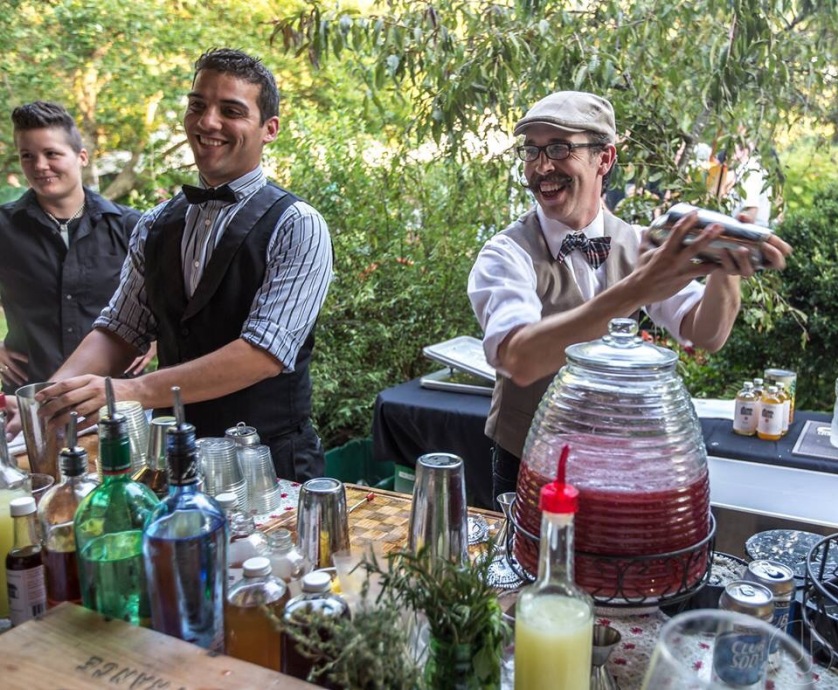 The Drinks – Photo by Jim Jacob

Two years back, Jenny had discovered The Steel Wheels at the Wide Open Bluegrass Festival in Raleigh North Carolina during a radio performance and was immensely impressed.  The album she picked up that day was Lay Down Lay Low and it is terrific, I have followed the band pretty closely ever since.  A  heady mix of folk, bluegrass, gospel and the band’s performance tonight in this most splendid setting was riveting. 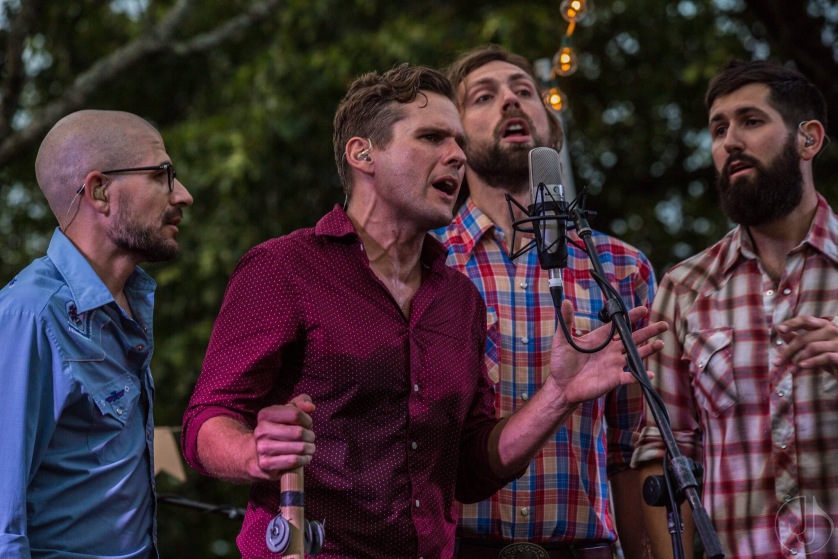 The acrobats – Photo by Jim Jacob 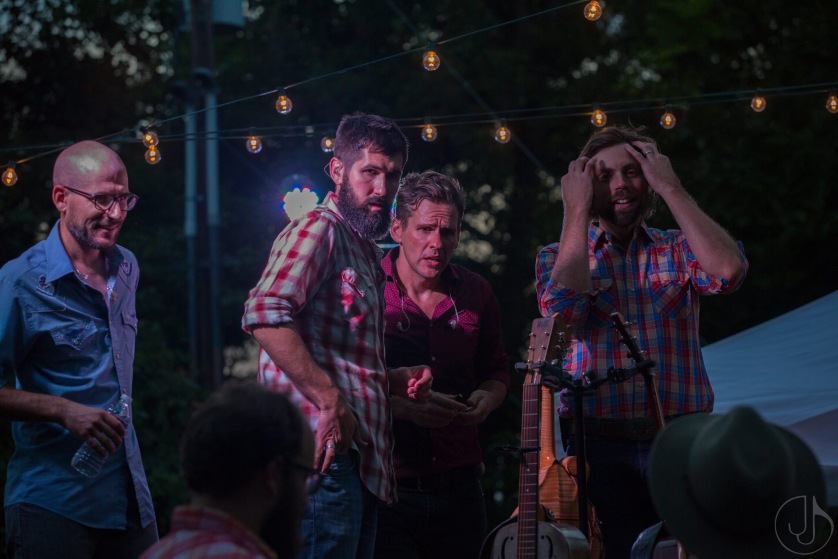 The Steel Wheels coming off stage – Photo by Jim Jacob

The fire – photo by Jim Jacob

John Fullbright has recently been inducted into the Oklahoma Music Hall of Fame as a Rising Star.  He’s young, sincere, can sing, write, play guitar, harmonica and keyboard.  His two solo albums are different but each engrossing in their own way.  I’d seen him perform once before, in Nashville 2013, where he easily overcame a few technical guitar problems.  Tonight he was brilliant, playing a long set that held my attention throughout.  A shooting star appeared behind him, to add to the magic of the evening. 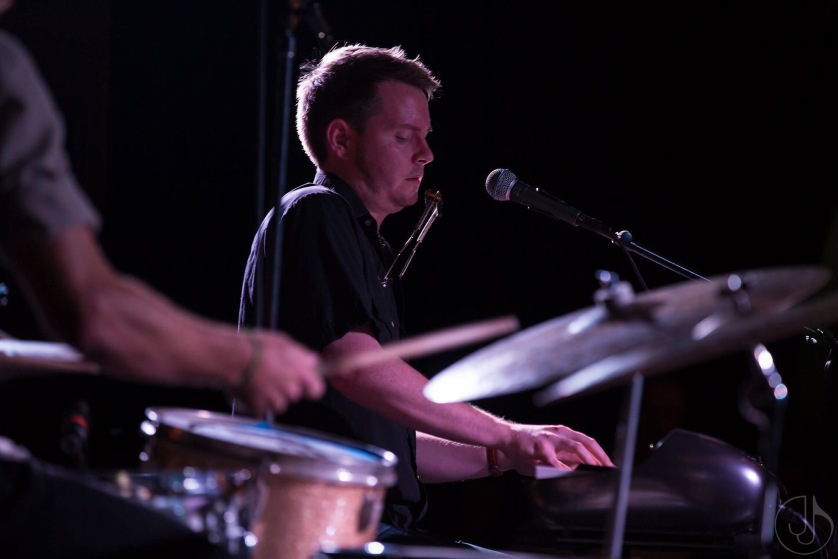 Tomorrow the festival begins and it promises to be memorable.