The Rubber Knife Gang Have Broken Lines – A Review 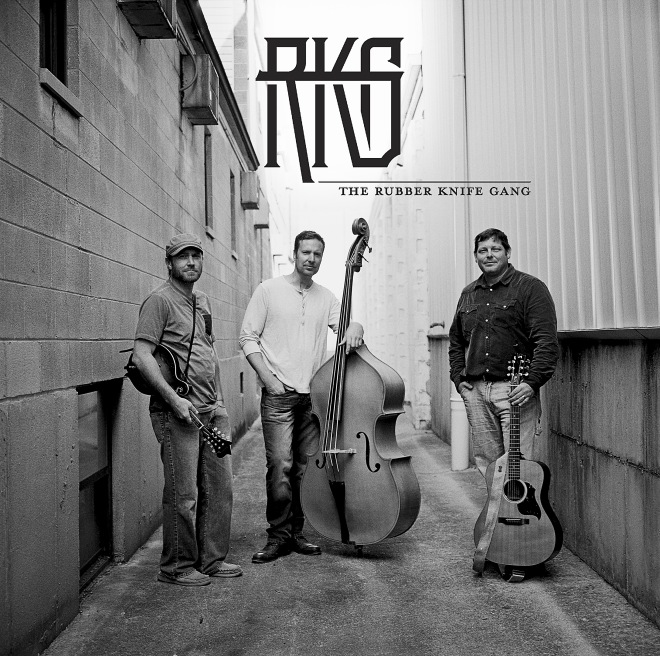 Broken Lines is a collection of personal accounts, put to songs written and recorded mostly over the last two years.  These are stories of the lines that bind the trio – strong, tumultuous and unpredictable in turn.  According to the group, ‘Lines that were broken only to be re-joined, stronger but more creatively chaotic and organic, than ever before’.   Broken Lines, the album, is an attempt to move away from previous expectations and genre-confining restrictions and ‘literally let it fly’.The celebratory “Bringing Rain” (and single) opens with a persistent brisk melody and straight away you hear the top-shelf assimilated playing and classy harmonies.  “Siren Serenade” maintains the vibrancy while “Draw The Line” reflects past hurt and disappointment and a preparedness to conditionally re-engage but definitely not forgive.  The song packs a lot of story and is worth a close listen.  The title track “Broken Lines” is a tender piece with beautiful picking and harmonies, transforming in tempo along its path.The banjo-laden “Take The Fall” has a more traditional bluegrass/folk aesthetic and moves along effortlessly.  The Eastern-influenced “House On Fire” is a crowning point, a wonderful showcase for the tight, cohesive instrumentals contained therein.  “Gone Away” is another highlight, it’s lively, pressing and catchy – crank it up and listen to the middle section ‘grass jam.  “Birds In Flight” and “Straight and Narrow Line” have a playful and joyous tone.  “Someone Who Cares” is sparse, tender and thoughtful.  “Hard Driving Rain” (annotated as a demo version) closes proceedings and it’s a killer – pleading voice, hypnotic guitar riff, the sound of thunder (literally!) and piles of intensity.

Broken Lines is inspired and worth relishing.  It proves that The Rubber Knife Gang can write profound material, have a wonderful vocal rapport and can play in an exemplary manner.  The band members have their fingers on the deep pulse of genuine folk/Americana/traditional roots music. 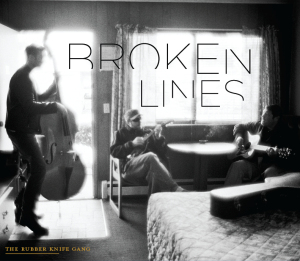