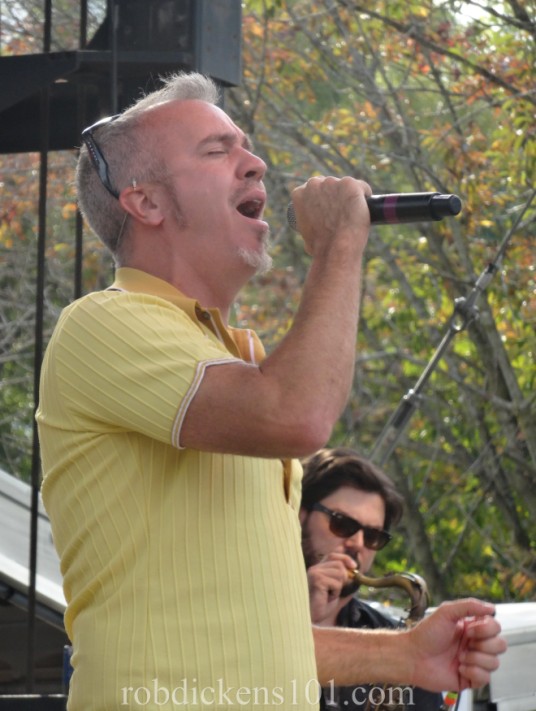 This review has taken me a long time to write.

Not that I haven’t had the words in my head.

Not that I am struggling to express myself.

Not that I can’t think of good things to say.

I haven’t been able to stop playing Ol’ Glory by JJ Grey & Mofro.

I keep absorbing the album’s many intricacies and pleasures, hearing something subtlety new to add to my thoughts on this supreme collection.

JJ Grey is a Floridian, Jacksonville in fact.  He and his band Mofro have been together in one form or another since the late 90’s.  The current line-up is Anthony Cole (drums), Andrew Trube (guitar), Anthony Farrell (organ), Todd Smallie (bass), Dennis Marion (trumpet) and Jeff Dazey (saxophone).  Together they make a celebrated, soulful and powerful ensemble and just this week they have presented us with a sixth studio album in only eight years.  I’m pretty well across over half those releases and last year I got to see him and the band up close in person for the first time (Roots n Blues n BBQ festival in Columbia MO).

His presence before the audience in Columbia was startling and immensely personable, a delightful mix of soul, rocking funk and delicate ballads.  The most striking moment of enlightenment, though, was the evangelical and fearless manner in which he delivered his songs – a boundless compassion and honesty.

I believe this to be JJ’s finest outing yet and that’s saying something.  I am wondering whether I feel this way because Ol’ Glory is the first new release since I’ve seen him live or is it simply the recording itself – the fact that it simply reflects the fierceness and intimacy of a Grey live performance.  “I wanted that crucial lived-in feel,” Grey says of Ol’ Glory, and here he has nailed it.

When he isn’t touring, Grey exerts his prodigious energies on the family land, a former chicken-farm that was run by his maternal grandmother and grandfather.  The farm boasts a recording studio, a warehouse that doubles as Grey’s gym (he looks supremely fit), and an open-air barn.  The farms and eddying swamps of his youth are as much a part of Grey’s music as the Louisiana swamp-blues tradition, or the singer’s collection of old Stax records.

Ol’ Glory found him spending more time than ever working over the new material.  “I would visit it much more often in my mind, visit it more often on the guitar in my house,” Grey says. “I like an album to have a balance, like a novel or like a film.  A triumph, a dark brooding moment, or a moment of peace—that’s the only thing I consistently try to achieve with a record.”

Ol’ Glory continues the themes that run through previous material – a strong sense of place and the dogged pursuit of happiness and contentment.  On track one “Everything Is a Song,” the spirituality of his music is perhaps more evident than before.  You can see the lyric video for the song below:

“The Island” is one the album’s two slower songs and shows JJ’s voice to be equally impressive with the delicate and well as with the less restrained material.  Then there’s the swaggering hip hop infused  “A Night to Remember” and in “Turn Loose” Grey is in fast-rhyme mode in keeping with the song’s title: “You work a stride / curbside thumbing a ride / on Lane Avenue / While your kids be on their knees / praying Jesus please.”

“Brave Lil’ Fighter” is a soulful epic, a visceral, soaring masterpiece.  Somewhere along its impressive length the trumpet takes it to a higher, surreal plane, causing the hairs on your neck to stand at attention, ready to run around the block.  “Home In The Sky” showcases Grey’s dominant and heartfelt vocals, while “Hold On Tight” is a creeping, über-funky wah wah number.  “Tic Tac Toe” is another showcase of a slow burning vibe eating into your head, a story of fear and courage.  The title track “Ol’ Glory” is uplifting and undeniable – command-and-response chanting, get on your knees and feel it!!

Ol’ Glory was recorded at Retrophonics Studio in Saint Augustine FL where Grey has recorded many times.  From all reports, Grey is an avid surfer and likes to combine beach mornings with studio afternoons.  Special guests include Luther Dickinson’s tasteful dobro and electric slide guitar while Derek Trucks offers a burning guitar solo.

One of the albums of the year.

JJ Grey & Mofro are coming to Australia and will feature three times at Byron Bay’s Bluesfest between 2 and 5 April 2015, while they’ll also be at The Basement in Sydney on April 6.