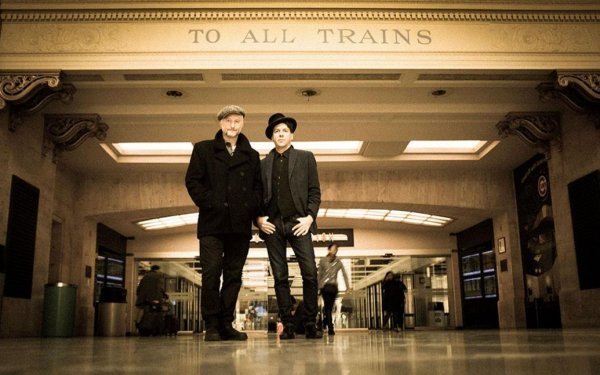 Billy Bragg’s latest album Tooth & Nail (2013) was produced by Joe Henry.  Somewhere along the line, they thought it would an idea to re-connect, this time behind the microphone and on a train.  The unusual project is entitled Shine A Light – Field Recording From The Great American Railroad.  The album features songs by Jimmie Rodgers, Hank Williams, Lead Belly and other greats and was recorded as part of a rail journey at train stops over four days across America – the Texas Eagle from Chicago to San Antonio and Los Angeles.

The duo will support the record with a UK tour in November and a series of US dates this September/October, including shows at the Americana Music Conference and Festival aka Americanafest.  More info below.

Here is a sample, including their version of ‘Midnight Special’: