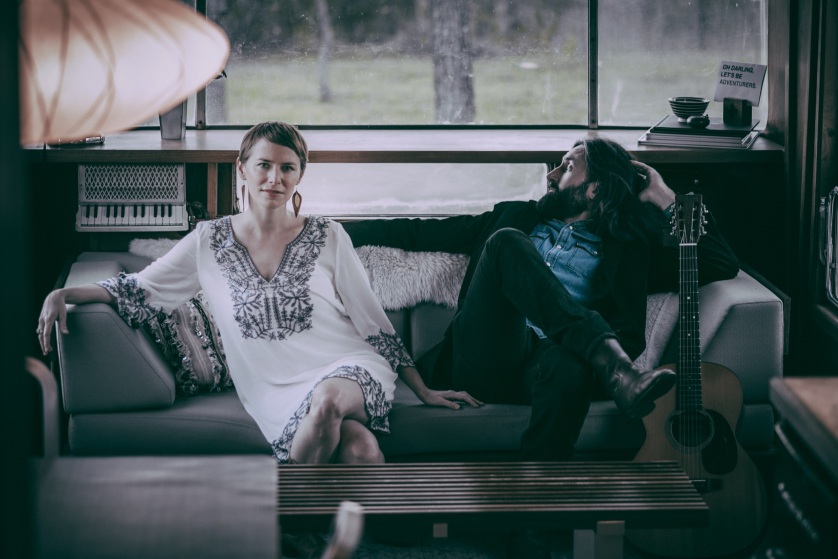 It is full of vibrant colours, gentle and intricate melodies and intimate stories.

Actually, what is on display on this sublime and fascinating collection is not a solo work but that of a duo as McRae’s co-writer, guitarist and partner Matt Castelein is a constant and wonderful presence.  McRae has a beautifully clear and resonant voice and Castelein’s harmonies and sublime guitar work add a delicate layer which pervades throughout.

Here’s an example – a live version of ‘If You Need Me’, one of the tracks off The Wayside.

“I wrote [the song] when I was struggling with a big life decision.  We were touring on the West Coast and one afternoon we happened to have a few free hours at Lake Tahoe. It was one of those beautiful, crisp, blue sky days and I could imagine all the things I was worried about just kind of drifting away on that huge blue expanse of water. The song came out of that feeling and was one of those rare songs that we wrote pretty effortlessly,” McRae said.

There are many other gems on the album – the urgent and ominous ‘Red Dirt Road’ and the perfectly tender and plaintive ‘Rose’ which provide ample proof of McRae’s vocal and emotional power.  The opening ‘Land of the Noonday Sun’ contains the most wrenching harmonies, while the title track is charged and evocative.  Actually, there is no weak link here at all and it is easy to get completely absorbed in these evocative traveling songs.

The Wayside is McRae’s fifth release and it is way over time for the world to take more notice of this sparkling performer.

McRae was based in New York until 2011 until deciding to embark on a full-time touring lifestyle.  The Wayside is in fact McRae’s fifth release and it was recorded in Vancouver BC and produced by Canadian Roy Salmond who also plays keyboards, bass and percussion on several tracks.  Additional contributions are from Jon Andersen on lap and pedal steel and Spencer Capier on violin and mandolin.