Another Bold Step for Sara Watkins 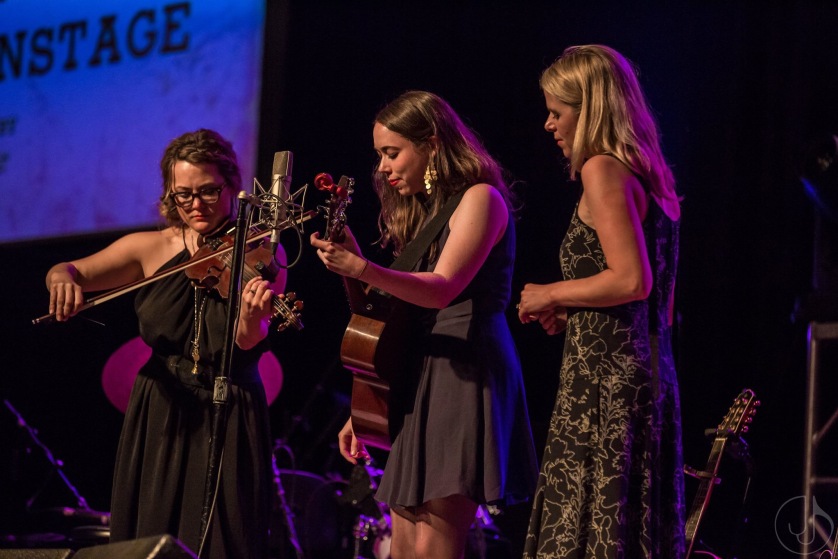 ‘Young In All The Wrong Ways’

Sara Watkins is talented and, oh so versatile.

Her CV to date includes a member of the wunderkind, platinum-selling, Grammy Award-winning group Nickel Creek (with Punch Brothers‘ Chris Thile and brother Sean Watkins), two solo albums and a member of two other ‘roots supergroups’ – I’m With Her and Watkins Family Hour.

Q: What will she do next?

A: Stepping back to the role of front woman and changing her sound again.

Young In All The Wrong Ways is the forthcoming new album from Sara Watkins, due July 1 2016 on New West Records.

From the media release:

Self-described as a “breakup album with myself,” writing and recording these ten intensely soul-baring songs was a means for her to process and mark the last couple years, which have been transformative.

“I looked around and realized that in many ways I wasn’t who or where I wanted to be,” reveals the accomplished musician who has been playing professionally since the age of eight. “It’s been a process of letting go and leaving behind patterns and relationships and in some cases how I’ve considered myself.

What these songs are documenting is the turmoil you feel when you know something has to change and you’re grappling with what that means. It means you’re losing something and moving forward into the unknown.” The album, which will be available on LP, CD, and digital download, is available for pre-order as of today via Pledge Music: http://www.pledgemusic.com/projects/sarawatkins

I was lucky to see Watkins perform live last year, in the guises of I’m With Her and Watkins Family Hour and was deeply swayed by her talent and resourcefulness.  Not to mention her work ethic, which seems to be without limits.

Watkins has just finished a seven-week tour with Patty Griffin and Anais Mitchell as part of the League of Women Voters’ Use Your Voice Tour in an effort to drive voter engagement and education.  Watkins will return to the road in June for a series of performances, including Bonnaroo, the Telluride Bluegrass Festival, the Kennedy Center in D.C. and a hometown record release show in Los Angeles.  On the day of the release of Young In All The Wrong Ways, Watkins will take part in Garrison Keillor’s “A Prairie Home Companion” show at the Hollywood Bowl.  See known dates below (more to come).

The video of the first single from the new release, ‘Move Me’ is a powerful and emotional offering, with the voice and personality up-front (no instrument in sight) providing a rocking, building plea.

Young In All The Wrong Ways was produced by Gabe Witcher at United Recording (formerly Ocean Way) in Hollywood last year.  Watkins wrote and recorded the album during a period when she was without a manager and record label – a bold step for this artist who is used to taking chances.

Young In All The Wrong Ways – Track Listing