Home » Music Travels » Out On Highway 61

Read about our musical experiences driving through Mississippi

Time to leave the beautiful city of New Orleans.  It turned out to be my shortest stay here at only three nights, but we packed in quite a bit.

We checked out of our hotel, the Maison Dupuy.  The renovations in the courtyard have been underway since January and are aimed at increasing the capacity for receptions, largely through installing a smaller fountain in a new location.  The entire area remains cordoned off and it has certainly affected the atmosphere and utility of this stately French colonial establishment.  There’s a lot of work to do yet.

We caught a cab to the airport to collect our Alamo car rental.  The lady at the counter informed us that we were entitled, for a modest amount, to an upgrade car (from a full sedan to a small SUV) which we accepted.  When we went upstairs to collect it, we asked for one with Satellite radio and were given a Chrysler Town and Country mini van.  Very roomy with four spare seats!

We motored on up Highway 55 until we crossed the Mississippi State border.  We had driven north during the morning, but now turned north-west near the town of Crystal Springs, before heading to the historic town of Vicksburg, where we also would find Highway 61 and The Mississippi River.

A late lunch on the Vicksburg outskirts at Rowdy’s Family Restaurant (a recommendation from the good staff at the Mississippi Welcome Centre) was the tastiest blackened catfish.  A short drive to the historic heart of the town and a coffee to go from The Highway 61 Coffee House, a favourite establishment of mine.

Heading north again, the Mississippi delta as usual looked beautiful and shiny, with its cotton, tractors, and modest houses.  We pulled into Rolling Fork to respect the legacy of the great Muddy Waters (he was born McKinley Morganfield in this small town, either in 1913, 1914 or 1915, according to the official sign). We also stopped at the Panther Burn plantation sign to pay homage to Tav Falco. 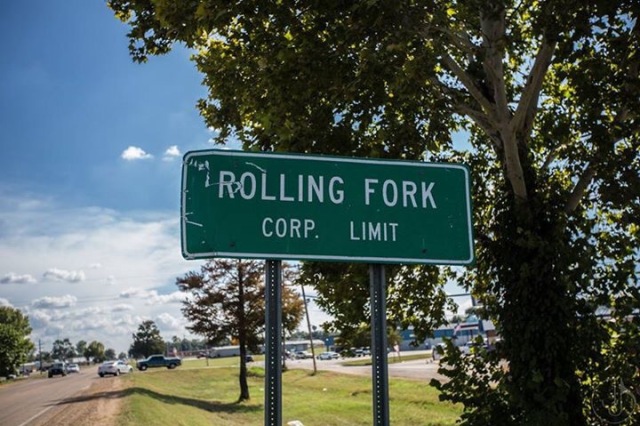 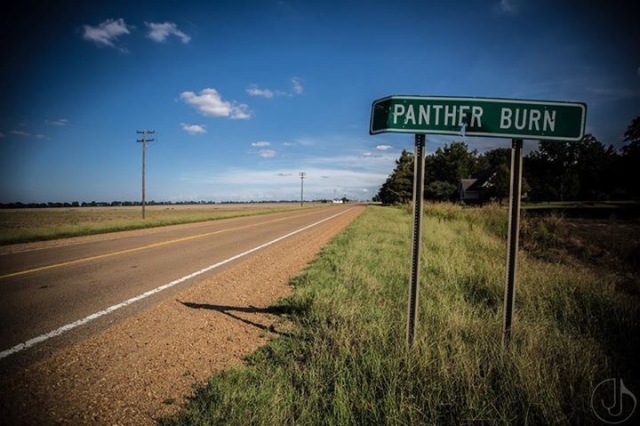 By 5.30, we arrived in the middle of downtown Clarksdale and The Ground Zero Blues Club, where we were staying for two nights.

A late dinner at the Club of pulled pork, coleslaw and green beans hit the spot.  Josh Razorblade Stewart was playing tonight and it was fun. 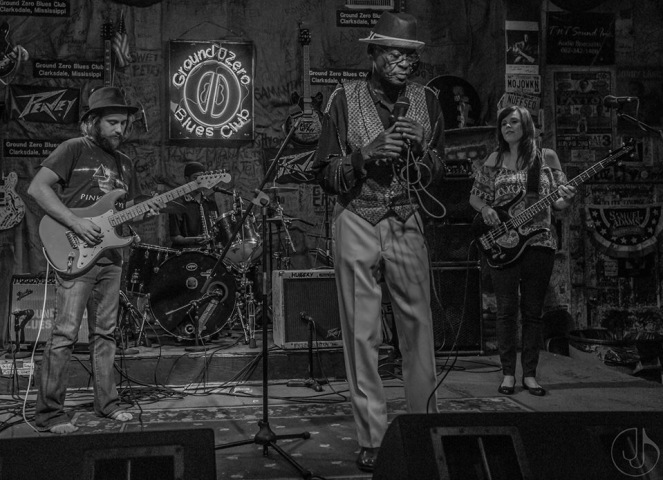 Read about our musical experiences driving through Mississippi