Read about the new release from the Outland Brothers

They released their debut LP God Is Drunk In Charge on August 28, and their promotional tour has started, with dates to go in Victoria, New South Wales, South Australia and the A.C.T.

I’ve had a couple of listens to the album and I like its refreshing sound.

Convened in the sleepy, wine region of Adelaide Hills, after the three members originally met in London, and were surprised to find themselves all living in South Australia.  Fate it seems brought them together, and so the Outland Brothers began. 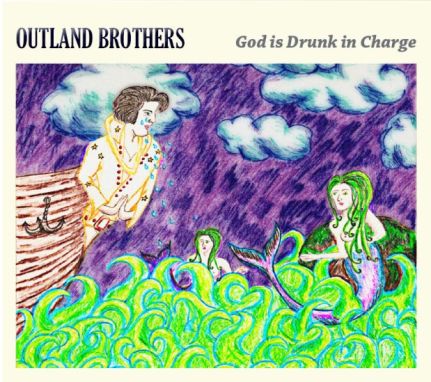 The intriguing album title, “God Is Drunk In Charge” is a line taken from the album opener “And God Wept The Ocean”.  Another album highlight is the first single “If I Ever….”.

The touring band will be augmented by the harmony singing, melodica and ukulele skills of Michelle Morgan

Read about the new release from the Outland Brothers