Read our review of ‘Indian Ocean’ by singer Frazey Ford 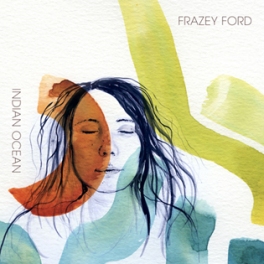 Up until now, Canadian-born Frazey Ford is best known for her work as a member of the Vancouver trio The Be Good Tanyas.  Indian Ocean (2015 – Netwerk) is her second solo outing, the first being Obadiah which was released in 2010.

The story behind the album is an interesting one.  Filmmaker Robert Gordon was working on a documentary on Memphis soul and in particular focusing on Al Green and legendary producer Willie Mitchell’s base Royal Studios in Memphis (a place I was lucky to visit in 2008 during Roy Young’s rehearsal for his appearance at New Orleans’ Jazz Fest that year).  After hearing one of Ford’s songs, he invited her to record at Royal.  What gives Indian Ocean an emotional and soulful edge for me is the use of The Hi Rhythm Section, the architects of the iconic sound that came out of that studio and in fact that great city.

Ford’s voice is soulful and uncommon, a high-pitched plea and an emotional caress around the (sometimes biting) lyrics.  The album has a nice touch of spontaneity about it as well.  The opening track “September Fields” is alluring with just a guitar and backing vocals, which enables Ford’s voice to cut through immediately commanding your attention.  Other highlights are “Runnin'” which has a seductive arrangement simmering in the background – it builds beautifully and organically, the aforementioned “Done” and “You Got Religion” which just drips with the best of Memphis-infused soul.

Indian Ocean is a fervid treat.  Frazey Ford is playing at the Americana Music Festival in Nashville this September and she’s now well entrenched on my ‘artist bucket list’.

Here’s the official video for “Done”:

Read our review of ‘Indian Ocean’ by singer Frazey Ford